BHS Museum Opening for the 2022 Season

An event every week that begins at 1:00 pm on Sunday and Wednesday, repeating until October 9, 2022 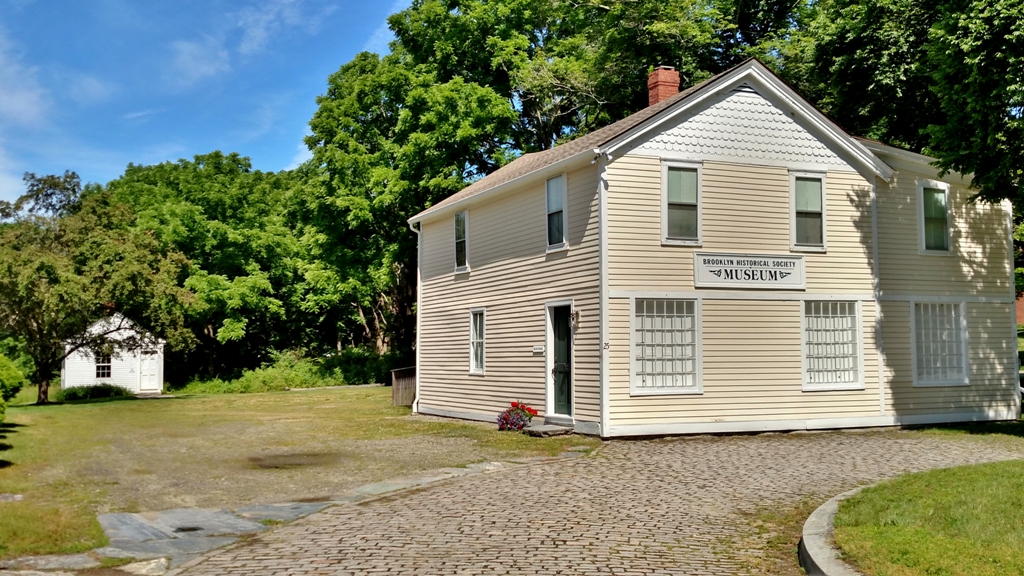 Treasures from Brooklyn’s Attic is an exhibit of diverse artifacts that have been given to the Brooklyn Historical Society over the 52 years of its existence and the stories that they tell us about Brooklyn and New England of the past. From an exquisitely hand-sewn silk day dress of the 1860s to a sturdy and practical fork used for ice harvesting all have stories to tell of how life was lived in the 19th and 20th centuries.
Also on display are the permanent exhibits of the General Putnam Gallery: Israel Putnam: Facets of a Hero, the story of the life of the Revolutionary War general, and General Israel Putnam Remembered, the story of the creation of the equestrian statue that honors him.
The air-conditioned, handicapped accessible museum is located at 25 Canterbury Road (Route 169) immediately behind the General Israel Putnam equestrian statue.
The Daniel Putnam Tyler Law Office, located behind the museum building, will also open for the season at this time. Both museums will be open every Wednesday and Sunday thereafter through Sunday, October 9th and by appointment throughout Walktober 2022.
There is no admission charge for either museum. For more information call (860) 774-7728.