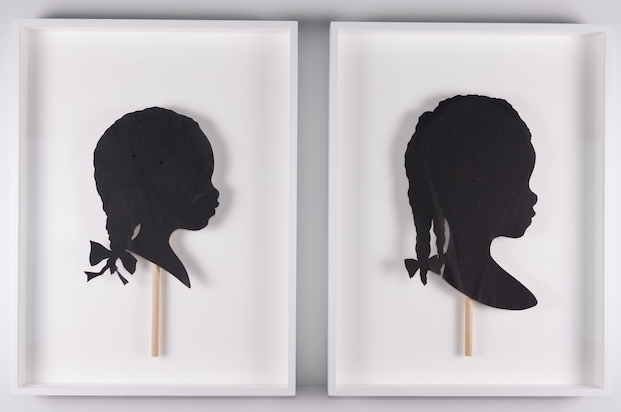 For its second installment of the 2021 Fall Puppet Forum Series, and in conjunction with its Puppetry’s Racial Reckoning exhibition, the Ballard Institute and Museum of Puppetry at the University of Connecticut will host “The Doll Plays” Reunion with Alva Rogers, Heather Henson, and Holly Laws on Thursday, Nov. 4 at 7 p.m. ET. This forum will take place on Zoom (registration required: us06web.zoom.us/webinar/register/WN_ewzeFqjpTDa0IcZCbOURSg) and Facebook Live (facebook.com/BallardInstitute/) and will be available afterwards on Facebook and the Ballard Institute YouTube Channel (youtube.com/channel/UC3VSthEDnYS6ZjOwzT1DnTg). This forum is co-sponsored by the UConn Department of Art and Art History and Africana Studies Institute.

Playwright Alva Rogers based The Doll Plays on the true story of African American doll collector Lenon Holder Hoyte (1905-1999) and her museum in Harlem. When she passes, the dolls in Ms. Hoyte’s collection seek to keep their beloved museum founder alive in their world by transforming her into a doll. “The Doll Plays” Reunion brings together the creative team of the original production: director Heather Henson, playwright Alva Rogers, and artist Holly Laws, to discuss The Doll Plays’ historical and cultural context, their experience of creating the play, and its relevance today. Shadow puppets made by artist Kara Walker which featured in the original production of 1998 are on display at the exhibition Puppetry’s Racial Reckoning at the Ballard Institute and Museum of Puppetry (closing October 30).

Alva Rogers is the descendant of James Rogers, one of the earliest black landowners in Cary, North Carolina, and Jordan Harrison McNair. Rogers, a descendant of George Rogers, slave, was the property of plantation owner Felix Rogers in Durham/Wake County. McNair, her maternal great, great, grandfather, was a Civil War soldier and then a landowner in Hoke/Robeson County, NC.

Heather Henson is a contemporary puppet artist whose work promotes harmony and healing for the planet through artistic spectacle and discussion. Heather graduated with a degree from Rhode Island School of Design and studied at the California Institute of the Arts. Heather founded IBEX Puppetry (www.ibexpuppetry.com) in 2000, a multi-platform production company dedicated to promoting the fine art of puppetry in all of its mediums, honoring her work as well as that of other puppetry artists around the world.

Artist and designer Holly Laws’ professional experience is wide and varied. Her work runs the gamut from sculpture and multi-media installation, to puppetry and theater design. She is most interested in exploring work overlapping these disciplines. Laws received a BFA in Sculpture from Virginia Commonwealth University in Richmond, and an MFA in Sculpture from Tyler School of Art and Architecture at Temple University in Philadelphia. She moved to Arkansas in 2008 for a faculty position at the University of Central Arkansas, where she teaches in the Department of Art and Design.

For more information and to learn about other Ballard Institute online programming, visit bimp.uconn.edu or email bimp@uconn.edu.