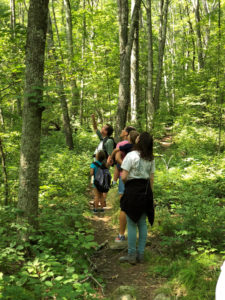 WASHINGTON—U.S. Senator Chris Murphy (D-Conn.) along with U.S. Senator Richard Blumenthal (D-Conn.), U.S. Senator Ed Markey (D-Mass.), and U.S. Senator Elizabeth Warren (D-Mass.) this week introduced legislation to reauthorize the two National Heritage Areas (NHAs) in Connecticut and Massachusetts, the Last Green Valley and the Upper Housatonic Valley, whose authorizations are set to expire in 2021. National Heritage Areas are designated by Congress as places of natural, cultural and historic importance. The Last Green Valley is one of the largest such designations in the northeast, consisting of green fields and forests that spread across twenty-six towns in Connecticut and nine in Massachusetts. The Upper Housatonic Valley spans the watershed of the upper Housatonic River, covering eight towns in Connecticut and eighteen in Massachusetts. Funding limits are effectively ceilings on how much money Congress can fund the NHAs over time, making it difficult for them to plan for future conservation efforts. This legislation would extend their respective authorizations for fifteen years and permanently remove their funding limits.

“So much of Connecticut’s rich, cultural history is packed into the Upper Housatonic Valley and Last Green Valley, and we must prioritize preserving these National Heritage Areas for future generations to enjoy,” said Murphy. “National Heritage Areas across Connecticut and the entire country not only preserve historic treasures but also are economic and job producers. Our legislation would extend their authorizations through 2036 and remove burdensome funding limits. With my bill, our communities can continue to work with public and private investors to maintain these sites for years to come.”

“The Last Green Valley and the Housatonic Valley are gems — supremely deserving of this recognition for their beautiful rivers, hiking trails and other priceless natural features. They also are a burgeoning source of jobs from tourism and cultural resources. I’m proud to help preserve these treasures and grow their economic value through this federal recognition,” said Blumenthal.

“Our National Heritage Areas in New England protect our natural treasures, strengthen our local economies, and provide opportunities for communities and visitors to learn more about our rich culture and history,” said Warren. “I am glad to support legislation to continue investing in the partnerships between communities in Massachusetts and throughout New England and the National Park Service to preserve and appreciate these special places for generations to come.”

“Senator Murphy has been a champion of The Last Green Valley National Heritage Corridor since he took office. We are a program that takes a small federal investment and turns it into many more dollars of benefit. This bill allows us to continue supporting economic development and conserving our historic and natural resources with Senator Murphy’s help,” said Lois Bruinooge, Executive Director of the Last Green Valley National Heritage Area.