Time to pay tribute to that ‘other bird’ 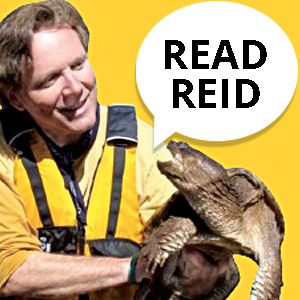 Time to pay tribute to that ‘other bird’

Bald eagles are our national symbol with their image pictured on our currency, adorning military uniforms, and in gold statues atop American flag poles. They were chosen for this honor due to their long life, majestic look, strength and their range across the continent.

The turkey, on the other hand, is the featured dish at our American Thanksgiving. Revered for its taste, rather than its character, one could argue it is also a misunderstood bird, considered by many to be dumb and plodding. It’s a myth that is far from the truth.

Both birds share one important trait. They have made a comeback in New England, especially here in The Last Green Valley National Heritage Corridor.

It is well known bald eagles only returned to our region in the last decade. Changes in regulations and efforts to repopulate bald eagles mean it is now common to see these majestic birds, especially if you spend time along our rivers, lakes and ponds. Bald eagles have evolved as skilled predators when it comes to catching fish. They are attracted to our clean waters for their primary food source, and we are lucky to have them take up residence here.

Wild turkeys were common in New England until the early 1800s when the combination of forest habitat loss and hunting all but eliminated them from our region. Efforts to restore wild turkey populations were successful in the mid-1970s through the introduction of turkeys from other parts of the country, aided by the gradual regrowth of forest habitat. The Last Green Valley is 77 percent forest and open fields – perfect habitat for these amazing and resilient birds.

“The story that Franklin proposed the turkey as the national symbol began to circulate in American newspapers around the time of the country’s centennial. It is based on a Jan. 26, 1784, letter in which he panned the eagle and extolled the virtues of the gobbler to his daughter, Sarah. In doing so, though, he was not delivering a critique of the Great Seal but a new medal issued by the Society of the Cincinnati, an association of Continental Army veterans. ‘For my own part I wish the bald eagle had not been chosen as the representative of our country,’ he wrote. The Founding Father argued that the eagle was ‘a bird of bad moral character’ that ‘does not get his living honestly’ because it steals food from the fishing hawk and is ‘too lazy to fish for himself.’

“In contrast, Franklin called the turkey ‘a much more respectable bird’ and ‘a true original native of America.’ While he considered the eagle ‘a rank coward,’ Franklin believed the turkey to be ‘a bird of courage’ that ‘would not hesitate to attack a grenadier of the British Guards who should presume to invade his farmyard with a red coat on.’”

In my opinion, wild turkeys don’t have to be elevated to national symbol status to gain our respect and fascination. This week, as we dine on a traditional Thanksgiving meal of turkey and all the fixings, let us consider all the other reasons the resilient wild turkey deserves respect.

We have wild turkeys in our neighborhood. They enjoy the combination of open fields and woods surrounding our road and extant acreage in our part of town. I see them, and especially hear the males’ “gobble” call, during mating season as they venture through our back pasture and edge forest. A few years ago, a female (hen) made a nest under the tops of a fallen maple tree and for a few months we would see her leading her brood scavenging through the field and woods. In winter we find their tell-tale three-toed prints in the snow to remind us of their presence. You might have seen them at your house, perhaps a whole flock of them, passing through daily to glean any droppings from your bird feeder.

The toms are dark in color with almost iridescent feathers on their wings and lighter brown tail feathers. The head is without feathers and turns a colorful combination of red, white and blue during mating season. Males have spurs on their legs and a hair-like beard that hangs from their breasts. The hens are lighter brown in color than the male and do not have spurs, though some can have beards.

Breeding season begins in late winter and early spring, with the hen usually laying a clutch of eight to 12 eggs. This is when hens and chicks are the most susceptible to predators. The chicks (poults) will stay with the hen through the summer months, and in early fall the hens will join up with other hens to form a flock. The males may form flocks of their own or keep to themselves until breeding season begins again in March.

Wild turkeys are excellent food scroungers and feed on nuts and berries found in the woods, especially acorns, plus a variety of berries and seeds as well as insects. In the fall they can be seen gleaning over corn fields.